“…it’s super important for people to have conversations about platonic love in that sense because they need to stop seeing it as just second to romantic love.”

Love is like warmth, safety, and compassion. It’s like being nestled in something, so when someone loves you it’s like they’re putting this big blanket over you. And when you love someone it’s like you’re doing that for them. It’s this act of enveloping someone in the compassion, respect and appreciation they deserve. At least that’s why I think love is for me.

What was your perception of love growing up?

I think when you you think of love growing up, you very much think of romantic love and you think of Disney love, like the prince and the princess and all that kind of stuff. And I think your ideas of love change as you get older and you start to understand how important platonic love is. Because you always kind of think love is to love a romantic partner and obviously like our ideas of loving a romantic partner are very heteronormative, cisnormative and the representation of love in the media is really not that diverse. It’s getting more diverse now but when I was growing up it wasn’t diverse at all.

There’s Tinder, there’s Bumble there’s Plenty of Fish, there’s Ok Cupid, there’s Grindr but there’s not a lot of apps to meet friends. It’s really hard as an adult to make new friends. I think we put so much emphasis on romance and dating, but I think a lot of adults are lonely because they don’t have a good group of friends or they don’t have one really good friend they can confide in. And that’s a huge part of love. It’s a huge necessity.

From your perspective, why do you think humans kind focus so much on romantic love versus fostering platonic relationships?

A lot of it has to do with media representations of love. Generally all the big grand stories are about romantic love. From everything from Snow White to Titanic to the Notebook, it’s all about that. But we don’t think as much about how profound and how beautiful and how uplifting it is to make a friend that you can really connect with. Maybe that’s not as much of a flashy story or maybe it’s not a sexy enough story for it to really gather much attention, but it’s equally important and I think that people forget that because everyone thinks, “Oh I don’t want to be alone for the rest of my life. I want to get married I don’t want to be single.” But it’s like, you have a lot of friends, you’re not really alone you know? And I know people who are in terrible relationships who are very lonely people, they don’t have any friends to go to, they’re kind of isolated.

So friendship is important, friends matter.

So when it comes to relationships between partners people always have that “aha!” moment where it’s like oh I know I love this person but how do you feel you kind of realize you actually do love your friends?

I think if I can spend a day with my friend and we can laugh about everything, that’s pure friendship right there. It’s the people that you can always, always laugh with, but who you can always cry with too.

You may not necessarily have that aha moment, but you start to look back and reminisce that you realize, “I can’t live without this person.” Like I love my friends so much. And I think it’s really important to say that to your friends. I feel people reassure their partners a lot, that they love them, but we often don’t say that enough to our friends and it can lead to people feeling really unappreciated.

Friend break ups are rough, they’re rougher than romantic breakups. I’ve had some friend break guy and they’re nasty. I think if you ask anyone and probably agree that they have a bigger impact on you than romantic breakups, ’cause there’s this sense that you feel very like reassured that your friends will always be your friends, because you think that it’s guaranteed that you always have this fallback the security blanket and so when that’s taken out from underneath you it’s it’s very, very, very jarring. 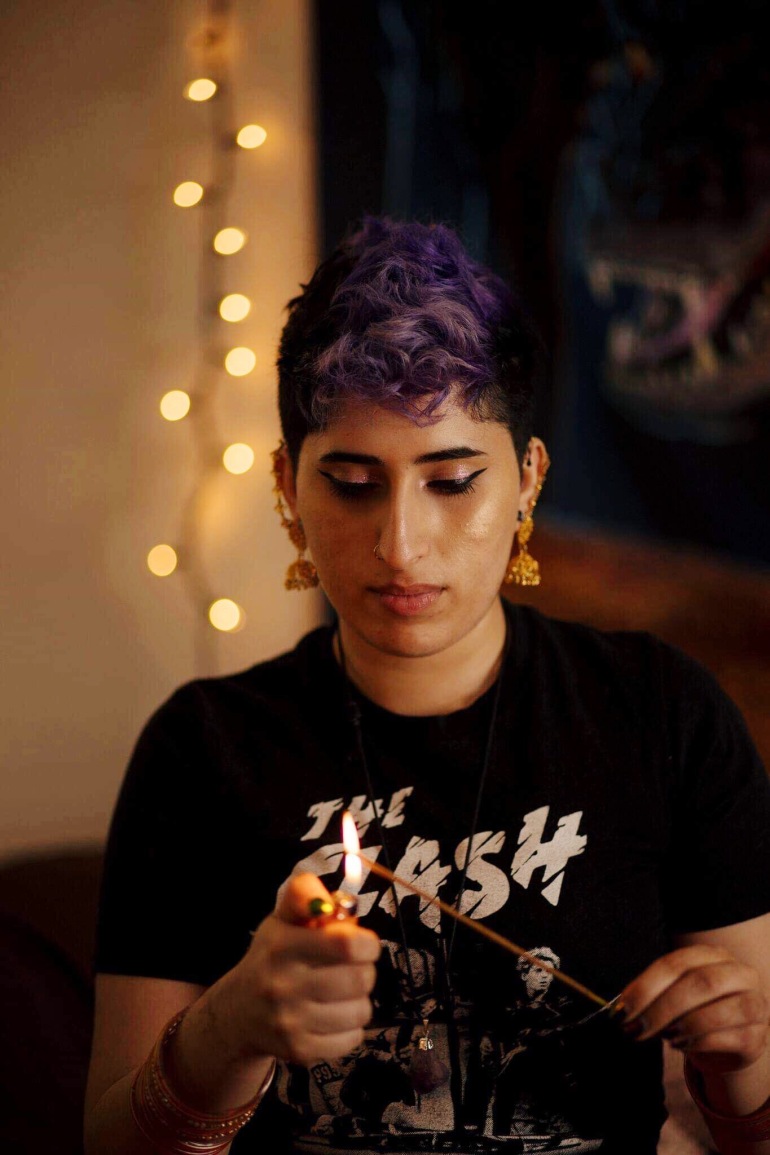 When you first started telling your friends you loved them, did it feel weird?

I think at first it was really hard for me to express those kinds of emotion to friends because I thought that’s not what you do.And I don’t think I was that great expressing emotion in the first place. But I realized that it was important when it was told to me. I have more distinct memories of people saying that to me and then me being like, “Oh wow, that’s so nice”—you know that’s such a nice thing to hear.

So that’s when realized it’s actually really healthy and really normal to express your love for your friends. I pushed myself to do it more often even if it made me feel a little bit vulnerable or a little bit embarrassed. But usually with friends, you’re not as scared of them not saying it back—but when you tell someone you love them for the first time, and they’re a romantic partner, it’s like a huge risk. With friends you’re pretty much always guaranteed an I love you back. So it’s pretty great.

Self-love is a really underrated form of love that people often forget. I think self-love can be really political. If you are a person that’s made up of different marginalized identities, and being told that there’s lots of things about yourself that you need to change, that you need to alter, or that you ought to be ashamed of, then self-love becomes a very radical and disruptive kind of act, which is something really cool about it.

It’s very difficult, I think, for people to love themselves, especially for women to love themselves in this society that keeps telling them not to and that keeps profiting off of someone not liking themselves. That’s why self-love is really important to me because people kind of think of it as just like, “oh warm fuzzies, I love myself,” but I do see it as a very very political issue because a lot of people just really don’t carry that kind of self-love. They just have a hard time thinking, “Oh yeah I like myself.” There are so many girls who don’t know how to say that to themselves and actually believe that.

Anything you want to add that you think is also important?

It’s such an existential, weird, philosophical kind of topic. It so hard to reach. It’s very, very hard to talk about love, I think. I mean usually like the ways people describe love in very abstract, metaphorical terms, it’s very hard to describe an intangible thing so literally. People find all their different ways of kind of describing it and it’s so different for other people, like everyone’s imagining of love is really different. So it’s hard to have conversations about it in that sense. And I think people are embarrassed to have conversations about it. They don’t want to kind of show the very, soft gooey sides of themselves so it’s a very all-bearing conversation.

And men don’t really talk about love and I think it’s important because I think toxic masculinity informs men into believing that love is some really shitty things. And so I think it’s really important for men to have honest conversations about love and especially about platonic love. And the fact that like a lot of men don’t value platonic love which is why they have an angry word for it called the friend zone. It’s basically saying like friendship is not as good as sex, basically. It’s just a huge bummer, so it’s super important for people to have conversations about platonic love in that sense because they need to stop seeing it as just second to romantic love. It’s like no it’s really really important. Like even if you have a great partner you’re gonna wanna hang out with your friends.

So final question, love is…? Fill in the blank with one word or two.

Love is resistance. Especially when you’re thinking of queer and trans love, and you’re thinking of self-love, these are types of love that have been very much suppressed, shamed, stigmatized, cast out, censored. So when you’re openly loving in those ways, when you love yourself as a marginalized person, when marginalized people love each other, it is very much a form of resistance. You are defying the ideas that you need to be kept away, or that your love should not be visible, that it shouldn’t be in people’s faces, so I definitely think love is resistance.

Hana is the author of It Begins With The Body where she delves further into  heartbreak, relationships, identity, and faith through her poetry. You can also see her artwork as Frizz Kid.